The following article by Robert Rogers, now Clerk of Legislation in the Commons, first appeared in The House Magazine on 6 June 2005 and we published it here at that time.
Robert Rogers has kindly updated the article and it is now republished here with their agreement. 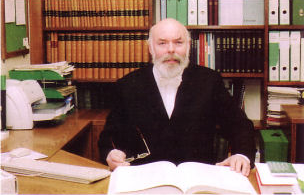 Servants of the House

Don’t be daunted by the staff in the Department of Chamber and Committee Services, says Robert Rogers
– their guidance and advice are often indispensable.

Clerks at the Table

In the Chamber the Clerks’ principal functions are to advise the Chair and to record the House’s decisions. They may also be consulted on any aspect of the House’s business by any Member, either in the chamber or elsewhere. Their offices are in the corridor behind the Speaker’s chair. All Clerks, in all offices, advise Members with absolute impartiality, and always in confidence.

The Table Office, situated behind the Speaker’s chair, is the first port of call for any Member seeking advice on tabling questions or early day motions. On sitting days, the office is open from 10.00am (Mondays), 9.30am (Tuesdays and Wednesdays) and 9.00am (Thursdays and Fridays) until the rising of the House. The office is also open from 11.00am until 3.00pm on Fridays on which the House is not sitting.

Members who want to table oral questions, written questions or motions, should take them to the Table Office, post them (signed), or, by arrangement, send questions electronically. The Clerks in the office help Members bring draft questions and motions within the rules of the House. They can also advise how best to frame a question in order to elicit particular information. The office can also assist when a government department is next due to answer oral questions, and on the deadlines for tabling questions in time for the ‘shuffle’ – the random selection of questions to be printed on the order paper. Clerks deal with a range of other procedural queries, either on the spot or by identifying the appropriate specialist in another office. All Members – especially new Members – are encouraged to visit the office; telephone (exts 3302 and 3303) or email: tableoffice@parliament.uk

The Public and Private Bill Offices (on the third floor above the Chamber, ext 6758) provide advice about Bills – private Members’ Bills as well as government Bills – and about public bill committees, which deal with the detailed clause-by-clause consideration of Bills, and general committees which debate a variety of other business.

Amendments to Bills, at both the committee stage and the subsequent report stage on the floor of the House, are tabled in the office. An amendment may be handed in by a Member or by someone properly authorised to act for the Member; but if the Member has signed the amendment anyone may hand it in. Each Bill has a particular Clerk looking after it, who can help Members with the drafting of amendments, and may be able to suggest changes which improve an amendment’s chance of being selected for debate.

One of the Clerks in the office deals with Private Members’ Bills (ext 3254). There are three ways in which a private Member can bring in a Bill:

Another Clerk deals with private and hybrid Bills, such as the recent Bill to authorise the construction of the Crossrail link through London. In addition to Public Bill Committees, the office provides Clerks for committees on delegated legislation, which debate the merits of government orders and regulations; for European standing committees, which debate proposed EU legislation; and for the Scottish, Welsh and Northern Ireland grand committees. The Public Bill Office also has general responsibility for the conduct of divisions in the House. If a mistake is made in recording Members’ names, please let us know.

The Journal Office (also on the third floor above the Chamber) compiles the legal record of the House’s decisions and all papers laid before it. It undertakes procedural research, and supports the Committee on Standards and Privileges and select committees dealing with procedural matters. Most of its advice to Members is in two areas: the Clerk of the Journals (ext 3315) advises on parliamentary privilege and its application in particular cases; and petitions for presentation to the House should be seen beforehand by the Clerk of Public Petitions (ext 3310). It is a good idea to take her advice before the collecting of signatures begins!

More by Robert Rogers……If you want a readable, layman’s guide to how the place works, we recommend How Parliament Works by Robert Rogers & Rhodri Walters (Pearson, 6th ed, 2004. £23.99). Written by Clerks in both the Commons and the Lords.  See  http://www.pearsoned.co.uk/Bookshop/detail.asp?item=100000000128062.     The book is available in the Parliamentary Bookshop.

“When the British constitution is in such flux, describing today’s Parliament might seem like drawing on water. But in this almost entirely rewritten account Robert Rogers and Rhodri Walters have achieved the near-impossible: it is clear, elegant, invaluable, bang up to date, and full of dry wit.”
Andrew Marr, Political Editor, BBC